In Australia, a humanitarian crisis unfolds as fuel and food supplies are cut off by fires in Victoria and NSW in Dec/Jan 2019/20.

More than a thousand homes have been lost, with several deaths, with yet the worst summer months of summer, being January and February in the southern hemisphere, yet to unfold at the time of this post.

Military called in to evacuate thousands of people stranded on beaches by Victorian fires ... https://twitter.com/SkyNewsAust/status/ ... 2066843649

Canberra (ACT) named as currently having worst air pollution in the world as it is surrounded by bushfires ... see attached image.

Image attached of Australian fires today. The worst are in the south-east. 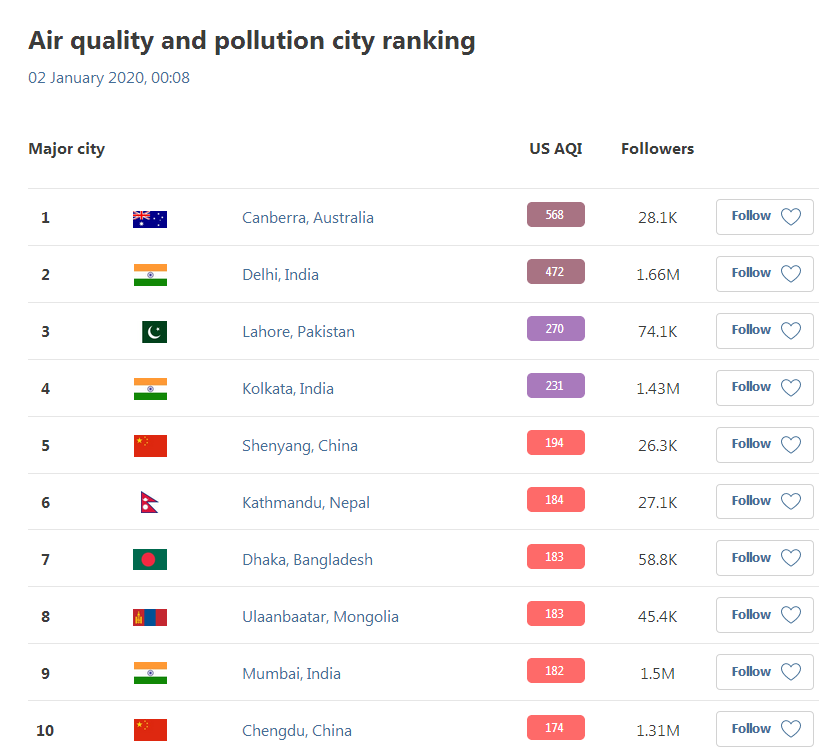 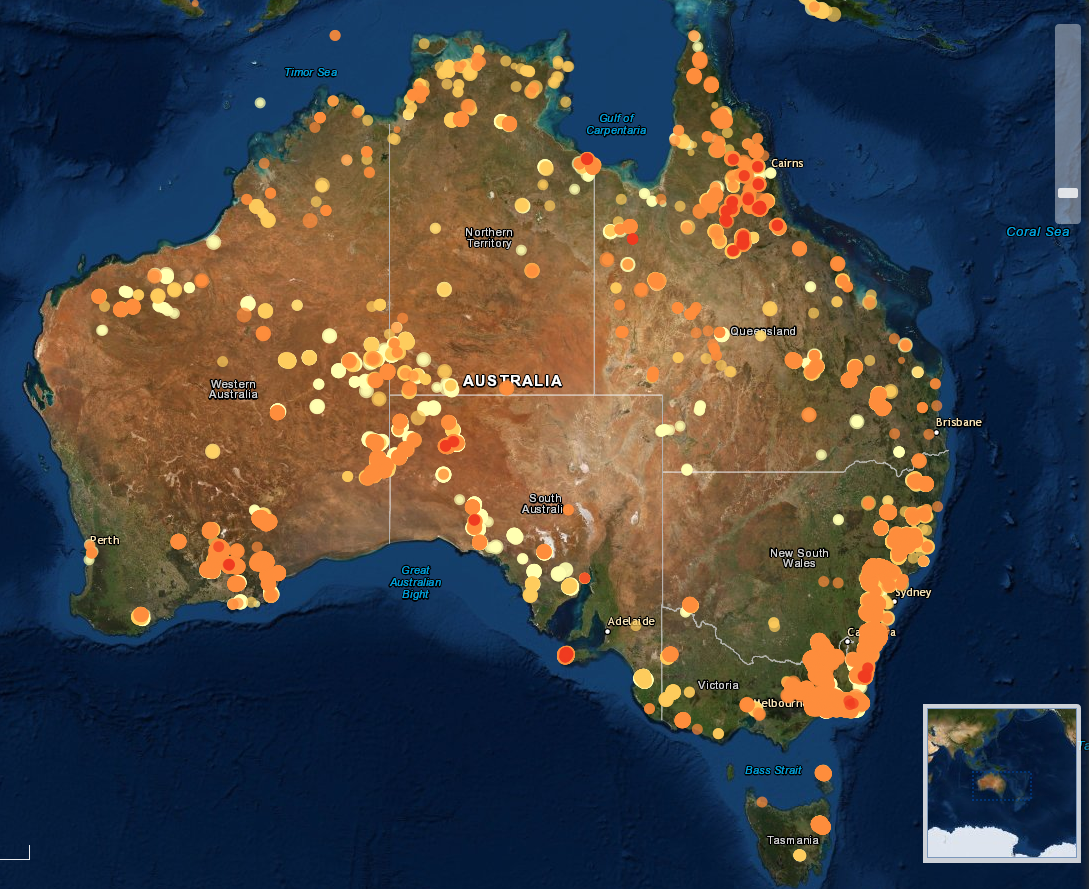 Wikipedia summary of the western USA 2020 fire season so far, breaking all records, and it's still early in the season ... https://en.wikipedia.org/wiki/2020_West ... _wildfires

The cause of the fires is a mass of tree death in prior years because of drought.
Top